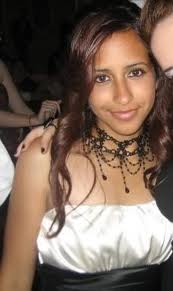 William Davis the 3RD. Davis had requested the Death Penalty as punishment for the brutal rape and murder of Fabiana Malave pictured above, back in September the jury agreed and yesterday the Judge granted him his wish. Davis was given the sentence of death and two life sentences. Back in August I did a blog post (in the search box on the top left of this page, search (Fabiana Malave) my apologies for some reason its not allowing me to cut and paste the article but in this post I stated reasons that Davis should serve out his days in prison, that by him asking for and receiving the death penalty was the easy way out. I went on to say that Davis didn’t give Fabiana a choice so why should he have a choice as to how his life ends and or days are spent. Well the coward got his wish and will be executed. No execution date has currently been set. I can only imagine what life in prison is like for Davis. I’m sure he avoids the general population. Most cowards will attack women but won’t stand up to a man. In prison Davis is surrounded by intimidating men. Men he will never think about attacking. Men he want to escape from by being executed.

The Family of Fabiana Malave didn’t care what happened with Davis they were elated that the person who had taken their daughter, sister, loved one away from them had been caught and was facing judgement. I am too, but the idea of an offender choosing their punishment and getting their wish just doesn’t sit right with me. My prayers continue for the Malave family, nothing the judge or anyone else for that matter do will bring her back so like the family I’m glad that he was caught prosecuted and sentenced. May the love of God, Mercy and Condolences of many provide soothing to the hearts of all who love young Miss Fabiana Malave.

1 thought on “Sentenced to Death….”